Ultra Music Festival continues to expand its global presence with the announcement of Ultra China Beijing’s inaugural lineup. The festival, which is set to take place across two days this month (Sept. 15-16) at NHC Base in Beijing, features headliners Zedd, DJ Snake, Axwell Λ Ingrosso and more.

The event will also include Ultra’s underground-leaning RESISTANCE stage, which will host Nicole Moudaber, Eats Everything, John Digweed among others. In addition, the Ultra Park Stage will feature local artists.​

One week before Ultra Beijing, the festival brand will head to Taipei for Ultra Taiwan (Sept. 8), followed by Ultra Japan (September 15-17) in Tokyo, which takes place during the same weekend as the Beijing event.​ 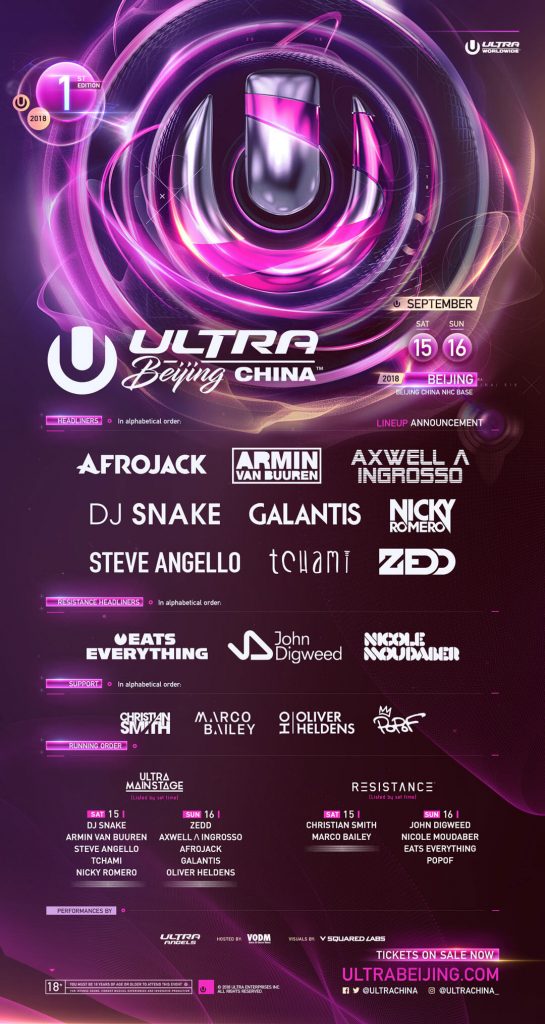