Chris Pizzello/Invision/AP – Zedd performs at Wango Tango at StubHub Center on May 13, 2017 in Carson, Calif.

If you’re a serious 3LAU fan, you know the “Touch” producer as charitable and totally into blockchain technology. In December, when everyone’s cryptocurrency obsession was at its peak, he penned a handy guide to help newcomers get in the game. You may not hear about Bitcoin in the news quite so often, but it hasn’t gone anywhere, and 3LAU is still counting on it as a viable alternative to the centralized bank systems of today — so much so that he’s starting a music festival that runs on its own crypto-cash.

OUR Music Festival is set to be the first of its kind. Zedd was announced as the San Francisco event’s first headliner, and today, he is joined by Big Sean, with supporting sets from Matt & Kim and Charlotte Lawrence. 3LAU teamed up on the project with blockchain entertainment studio SingularDTV and US festival promoters Prime Social Group. He’s also enlisted the help of AM Only founder and Paradigm partner Paul Morris and agents Lee Anderson, Hunter Williams, Sam Hunt and Phil Quist to create a team of strategic advisors.

Tickets for OUR Music Festival are on sale now to anyone who holds BTC, ETH, BCH or LTC. Of the festival’s future plans, 3LAU says the following”

“OMF will continue to add features as we develop, with two ultimate goals:

1. Giving fans ownership in the festivals they attend
​2. Enabling fans to curate festival experiences from picking the lineup to the location

Those goals may sit on a distant horizon, but we need to start somewhere. In year one, we’re enabling crypto payments for tickets and are giving all attendees their first ETH paper wallet in the form of token cards. We believe that this will help spark mainstream adoption of new, powerful technology and cannot wait for you to join us on this long journey that starts today.”

OUR Music Festival comes to the Greek Theater at UC Berkley Saturday, Oct. 20. What a blockchain festival looks like in practice remains to be seen, but if anyone has the dedication and drive to pull it off, it’s definitely 3LAU. He’s certainly assembled a solid team. Check the full lineup below and visit OUR Music Festival online for more details. 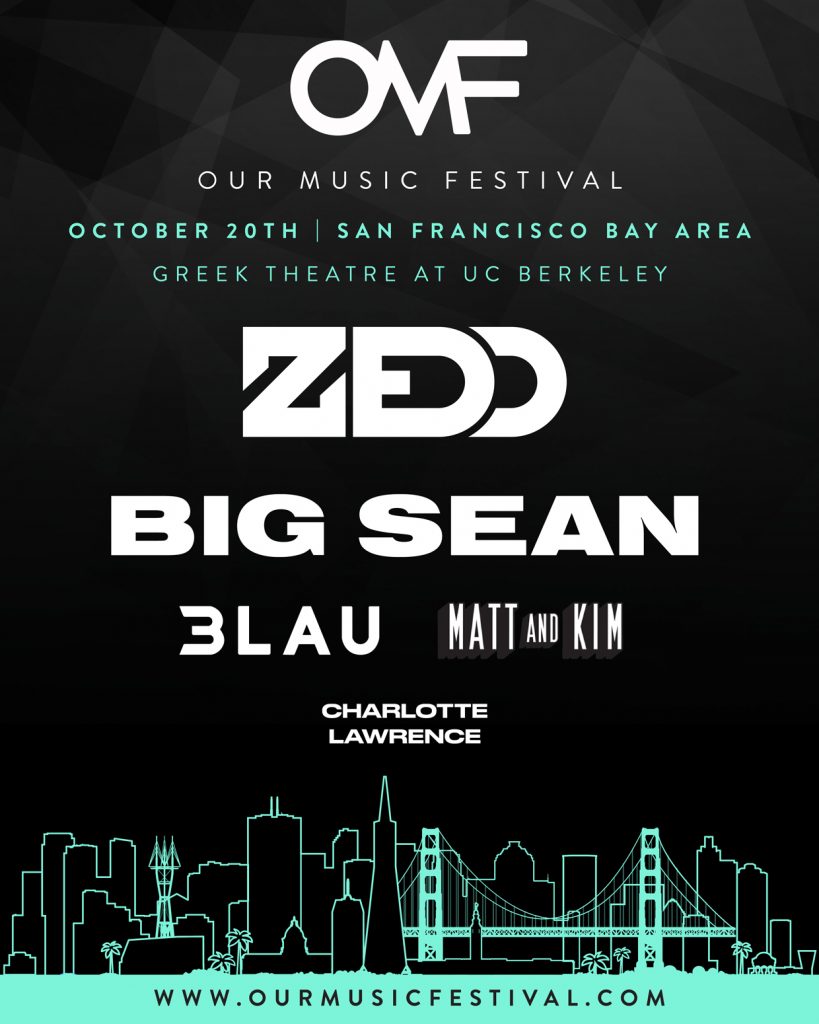