Though the snake nearly stole the spotlight from Britney Spears in her performance of “I’m A Slave 4 U” at the 2001 MTV Video Music Awards, another animal — and the person charged with handling it — is getting a closer look nearly 20 years later.

Over the weekend, eagle-eyed watchers of Tiger King: Murder, Mayhem and Madness realized that one of its exotic animal enthusiasts played an important part in Spears’ iconic VMA moment.

Long before the Netflix docu-series made him a household name, Doc Bhagavan Antle, the ponytailed director of Myrtle Beach Safari, was an animal trainer on various movie sets (including Ace Ventura: Pet Detective and its sequel) and appeared on late night TV shows with a number of exotic creatures.

But in 2001, Antle was tasked with a high-profile gig with slightly and higher pressure: he was the handler in charge of the massive tiger who would not only take the stage with Spears at Radio City Music Hall at that year’s VMA ceremony, but sit in the same cage as the pop star. 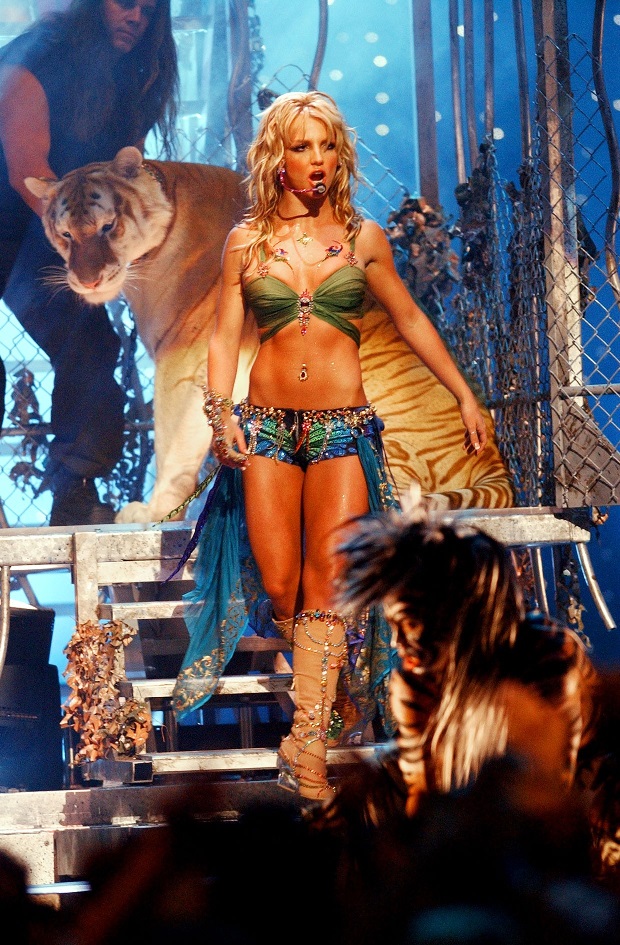 Though his hair is darker than the blonde he sports in Tiger King, Antle is recognizable in footage and several photos taken of the performance that place him in the cage with Spears at the beginning of the song.