Swedish House Mafia’s hotly anticipated collaboration with The Weeknd is here, and it’s arrived alongside the announcement of the first global tour from the dance icons in a decade.

The song, “Moth To a Flame,” was first teased during Swedish House Mafia’s performance at the VMAs in September. (The group’s previously released single, “Lifetime,” has spent the last 13 weeks on the Hot Dance/Electronic Songs chart, where it’s currently at No. 29.) Hear “Moth to a Flame” below.

The track, the trio’s third new single since July, comes with the announcement of Swedish House Mafia’s 2022 Paradise Again tour. Named after the group’s forthcoming debut album — coming via Republic Records and expected to drop by the end of 2021 — the 44-date U.S. and European tour is Swedish House Mafia’s first large-scale outing since they wrapped their massive farewell run, One Last Tour, in March 2013.

In fact, this tour starts where One Last Tour ended, with the Paradise Again run launching in Miami on July 29, 2022, and extending into November of next year. The tour will hit arenas in the U.S and Europe, with a stop at New Jersey’s Met Life stadium on August 3. This tour is being announced just two days after Swedish House Mafia confirmed that they’ll play Coachella 2022 this April.

The timing element of the tour announcement allowed for a small break in protocol for both Live Nation and Coachella. Radius-clause provisions at both companies typically would require the announcements be spaced further apart, but both Goldenvoice and Live Nation agreed to waive the rules for the band, a representative for Live Nation tells Billboard.

Both Swedish House Mafia and The Weeknd are managed by Sal Slaiby of Los Angeles-based management firm SALXCO. In July, Slaiby told Billboard that he was coordinating a pair of sponsorships for the Swedish House Mafia tour, so as not to affect the large financial investments the group has historically made on their massive live productions. “I don’t want them to change that,” Slaiby said. “I love their attitude of wanting to do the best show and not losing anything from the creative.” 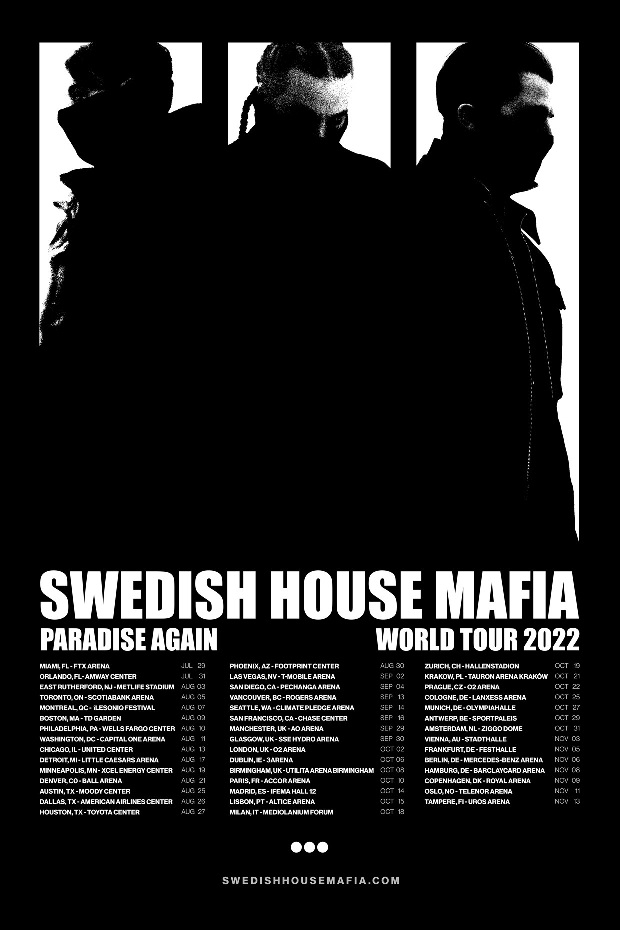