Selena Gomez on the Challenges of Growing Up on Disney Channel: ‘My Personal Life Was Out Everywhere’

Selena Gomez on the Challenges of Growing Up on Disney Channel: ‘My Personal Life Was Out Everywhere’

On Wednesday (Sept. 9), Allure unveiled its special Best of Beauty issue with none other than Selena Gomez as its cover star.

In the accompanying interview, the pop star-turned-cosmetics maven dished on the inspiration behind creating her new makeup line, Rare Beauty.

“I had always wanted the name Rare,” she told the magazine. “[The word] has become the identity of my brand and who I want to be, which is showing people that being diverse and different, whatever was happening, I wanted it to feel like you were included.”

Unlike some of her fellow mid-2000s Disney Channel peers, Gomez also about her days on the monolithic children’s network, which began with booking Wizards of Waverly Place when she was just 13.

“I was extremely blessed to get picked out of Texas and chosen to become a part of one of the biggest machines in the world — it was my high school,” she said of coming up in the industry with the likes of Demi Lovato, Miley Cyrus and the Jonas Brothers. “I think the female characters on Disney Channel have a lot of strength. And my comedic timing, my improv skills, everything I experienced made me a better actress.”

The one downside to her early fame, it seems, was the intense scrutiny surrounding her private life and relationships, which has continued throughout her career in the spotlight. “My personal life was out everywhere,” she said. “It felt very claustrophobic and just…I felt very trapped.”

As a result, Gomez told Allure she doesn’t read comments on social media, post on TikTok or ever Google herself, admitting she “honestly can’t. I’m strong in a lot of ways, but I think I just have way too much of a sensitive heart.”

The pop star also looked back on her previous work during the chat, revealing that there were some creative aspects she’d do differently in hindsight. “I just did things that weren’t really me,” Gomez revealed. “There was pressure to seem more adult on my album, Revival. [I felt] the need to show skin… I really don’t think I was [that] person.”

Later sharing more stills from the cover shoot on social media, Gomez also urgently reminded fans to register to vote in the looming presidential election, fittingly coinciding with the white t-shirt emblazoned with “Vote or Die…For Real This Time” she wore during the photoshoot. “Thank you @allure for including @rarebeauty in the #AllureBestOfBeauty issue! By the way -did you register to VOTE?” she captioned the carousel of glamorous images.

Check out more from Selena’s Allure cover shoot below. 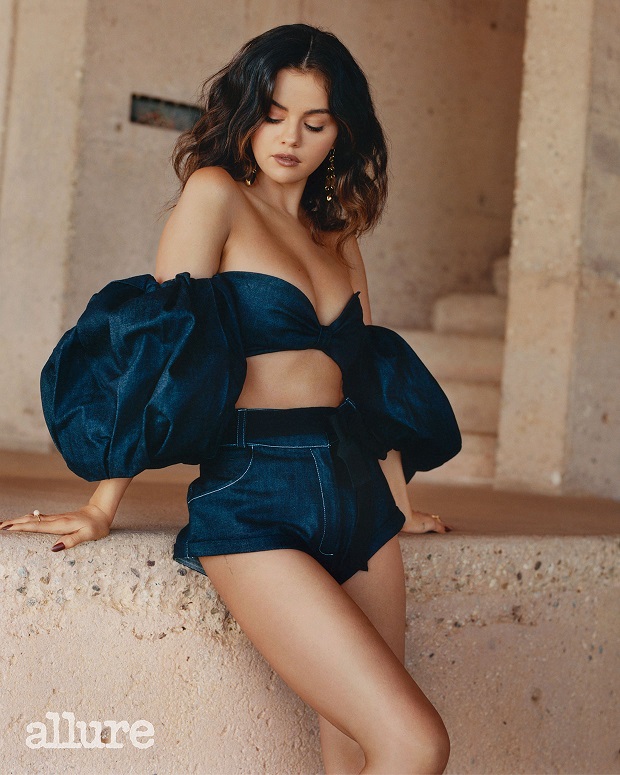 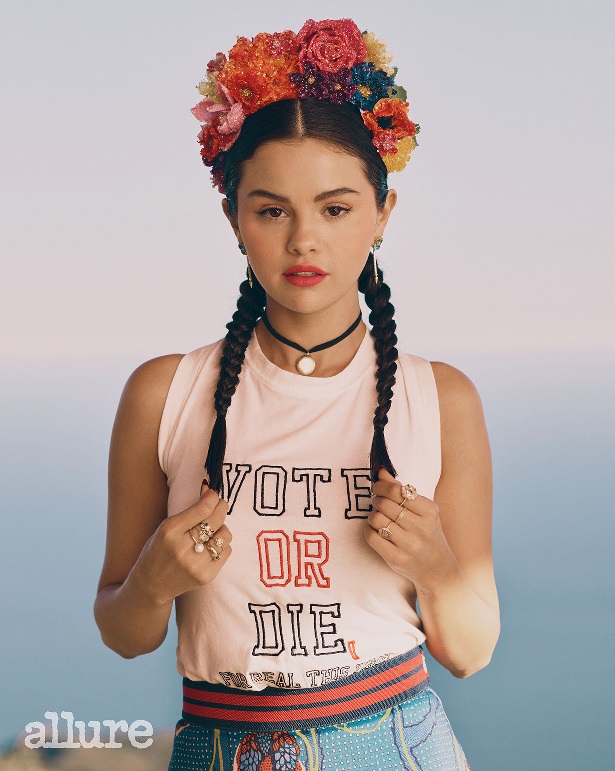 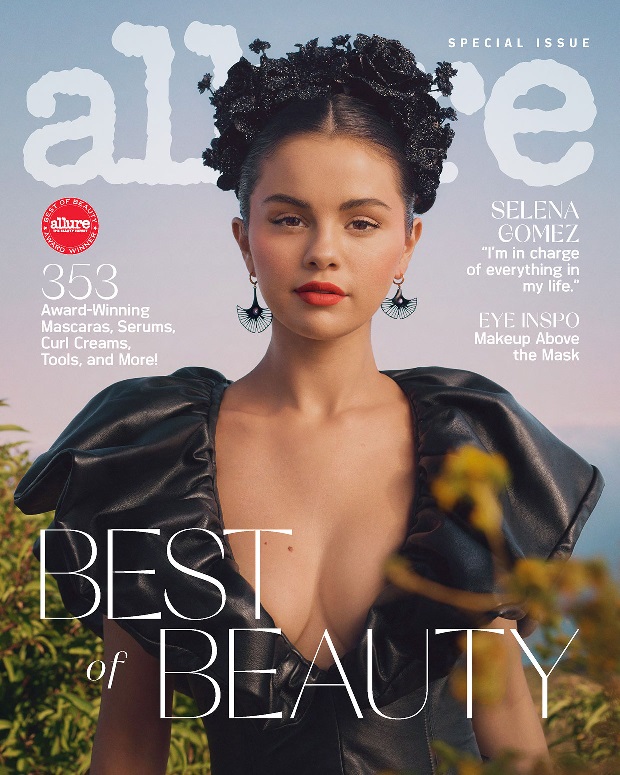