Emotions ran high at Odesza’s final show of their A Moment Apart tour Saturday night (July 27) at Los Angeles State Historic Park… like, really high. When singer Naomi Wild, part of a rotating cast of guest artists who joined production duo Harrison Mills and Clayton Knight onstage throughout their live set, got to the final verse of her song “Higher Ground,” her voice caught, and she didn’t hold back her tears.

It was an endearing, and telling, moment in a spectacular show complete with a full drumline, surprise guests and fireworks that lit up the balmy night sky.

Watching Odesza is more akin to watching an orchestra than attending a typical dance music show; the group has perfected the art of visual and sonic stimulation. There’s a narrative through-line to their visuals, albeit somewhat vague — something about Russian cosmonauts? — and enough live instrumentation (horns! trombones! violas!) to stay soul-connected through the synth. It’s been a whirlwind two years for Odesza, between the release of the twice Grammy-nominated 2017 album A Moment Apart, countless tour dates across the globe, major festival spots and the launch of their own music festival, Sundara. And this show felt like the electronic music at its best: pumping, energetic, awe-inspiring, unrelentingly booty-shaking.

Odesza was supported by the talented Portland-based artist Big Wild, who played his unique blend of happy-yet-grimy songs flanked by three singers/guitar players for a rapt audience in neo-hippie Coachella gear. Here’s a rundown of the best moments from the show as a whole:

“Say My Name” into “Locomotion”

The crowd went legitimately nuts when the first few beats of Odesza’s “Say My Name” filled the air. “I wanna dance / I wanna dance with you” — that song was everywhere a few years ago. With extra boom emanating from the drumline and a deconstructed chorus, it was like hearing the song for the first time. And then – the “Locomotion?!” Proving they don’t take themselves too seriously, Mills and Knight threw it back to Little Eva by way of Kylie Minogue for a playful romp through the classic tune. 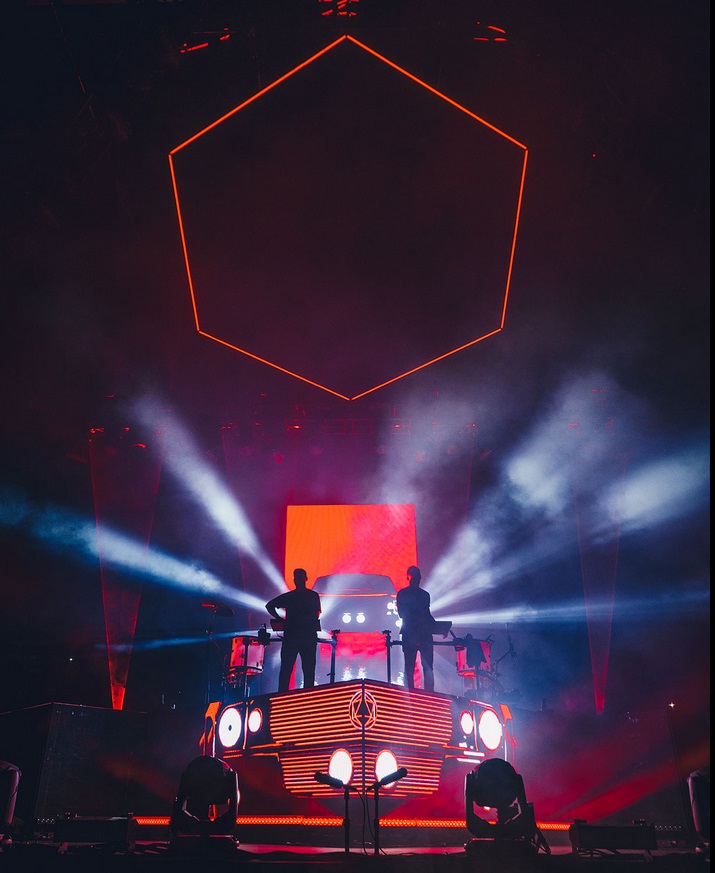 With the performance being in Los Angeles and the last show before Mills and Knight take a long break to work on their next chapter, the surprise guests were in full effect. When Leon Bridges appeared for his track “Across The Room” from A Moment Apart, every cell phone in the crowd popped up to capture the moment, a reminder that Odesza excels at cross-pollinating their electronic arrangements.

When Ry X came out to lead the encore with his ethereal vocals on “Corners of the Earth,” you could hear a pin drop in the crowd. The solemnity of Ry X alone onstage soon expanded to include the full drumline and horn section — a sweeping start to an encore that built from quiet focus to primal dance mania.

A main topic of conversation amongst fans was Sundara, the first festival curated by Odesza that happened last spring in Mexico. Kids couldn’t talk about Sundara without getting misty-eyed. “It was the best week of my life,” one fan told me. “Everything you could ever want in a festival in one. A dream life. It was perfect.” Which begs the question – will Sundara be happening again?

What gets the endorphins going more than a drumline (and no, drugs don’t count)? Nothing! Watching humans aggressively drum in unison is a tribal spectacle of delight. When the drumline came onstage, anticipation mounted. When the drumline raised their fists, so did every person in the crowd. Truly, the appearance of a drumline means things are about to go off. And they did. 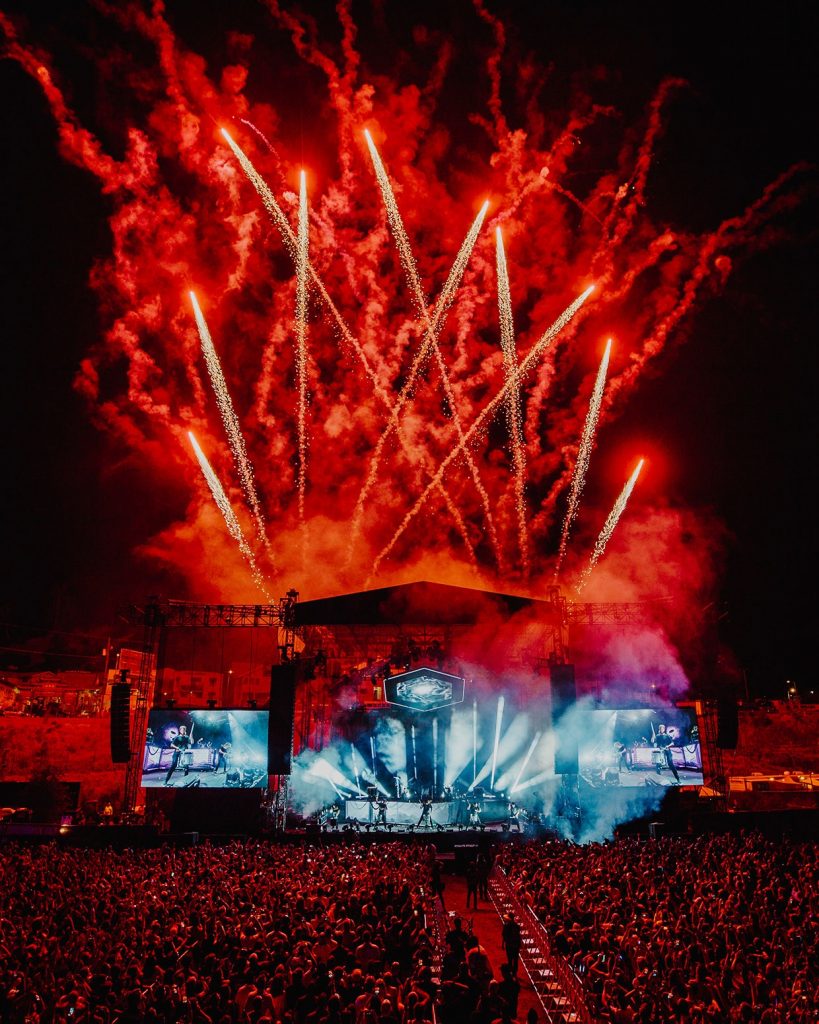 ans shouting “This is my favorite song!”

It echoed from the beer line and from the port-a-potties: Every single song seemed to be someone’s personal favorite. I’ve never been to a show with so many squeals of delight and shouts of “This is my song! This is my favorite song!” These fans are passionate.

Fourth of July was put to shame as fireworks exploded over the stage several times throughout the show, with a full grand finale in the final moments. Choreographed bursts of flame erupted in time with their biggest bangers, and the visuals never ceased to dazzle.

Backstreet Boys Get Animated for ‘Christmas in New York’ Video

Selena Gomez Is Working on New Music: ‘I’m Ready to Have Some Fun’