Major Lazer celebrates a decade together with a 25-track compilation called Major Lazer Essentials. While Diplo noted in a recent interview that the trio is most likely to disband following the release of its final and forthcoming album, no further details have been shared.

This Essentials collection recaps all of Major Lazer’s biggest moments, from its early days with Diplo and Switch, to its very latest string of releases on the Afrobeats mega mix. It opens with the project’s latest single “Blow That Smoke” featuring Tove Lo, hits highlights “Lean On” with MØ and DJ Snake, generational anthem “Pon De Floor” with Vybz Kartel, and even important milestones the project influenced, like Flosstradamus’ remix of “Original Don,” which ignited the trap-house movement of 2012 and beyond.

When you look at it all laid out like this, it’s undeniable how important and multi-faceted Major Lazer’s 10 years have been. It’s graced with artwork from the project’s longtime collaborative artist Ferry Gouw. Jump in and relive the magical, musical mayhem of the Major Lazer Essentials below.

Which song turned you into a Lazer fan? pic.twitter.com/XCRBwd5kbw 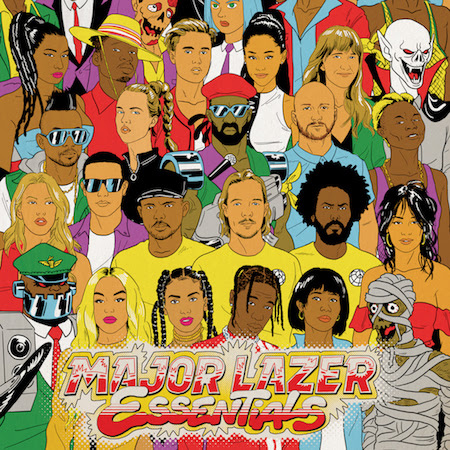