Bourbon & Beyond, the world’s largest bourbon festival, will return for its third year in September and the lineup is as versatile as the spirit selection, with headliners from the worlds of rock, country and folk slated to tak the stage. Foo Fighters, Robert Plant and Zac Brown Band will serve as headliners for the three-day festival, which will be held in Louisville, Kentucky, at KY Expo Center from Sept. 20-22.

Over 45 artists are scheduled to play on three stages throughout the festival. The event is held during Bourbon Heritage Month and will include appearances by notable distillers and chefs as well as tastings and seminars celebrating Louisville’s renowned distilleries. Culinary experts Edward Lee and Anthony Lamas will also be on hand to provide unique food experiences to festivalgoers.

“If you could capture America in a bottle, it would be a bottle of bourbon. It’s a uniquely American creation, like jazz and baseball, and its beating heart is in Louisville,” says Bourbon & Beyond producer Danny Wimmer in a statement. “This connection to the past has transformed Louisville into a city of the future. One of the most vibrant and diverse food scenes in the country has grown around bourbon’s resurgence, and we tried to mirror that spirit with the great music lineup that we put together.” 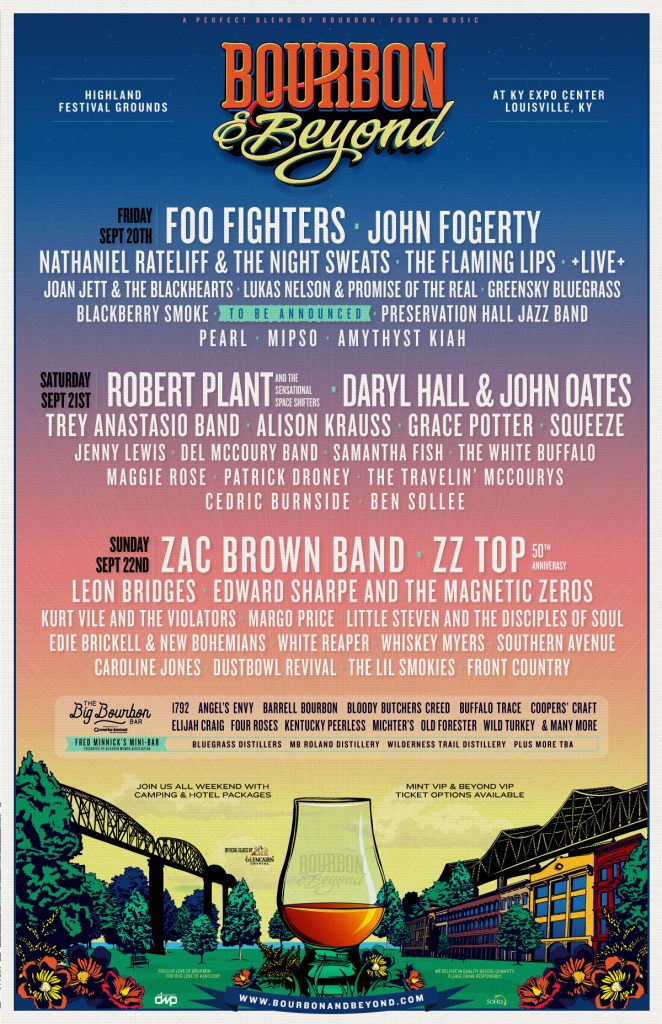