“PINCH ME PLEASE. A dream come true,” the 23-year-old singer tweeted. “Thank you @Edward_Enninful for bringing in your second year at @britishvogue with me as your January cover girl. I am so filled with gratitude for this and it’s a milestone I will hold so close to my heart — shot by Nadine Ijewere.”

Dua Lipa’s self-titled 2017 debut album brought immense success with hits like “New Rules,” “IDGAF,” and “Blow Your Mind (Mwah).” Lipa has also had a whirlwind 2018 year with her collaborative tracks, “Electricity” featuring Diplo and Mark Ronson and “One Kiss” with Calvin Harris making it onto the Billboard Hot 100. She also swept the international music category at Germany’s Bambi media awards this year.

British Vogue has chosen to feature the pop star on “The Future Issue” cover, complete with glamorous jewels, bright eyeshadow and embellished dresses. In the accompanying interview, Lipa talks about feminism and self-confidence. “I do feel quite confident in my body, there’s always going to be something you don’t like, but it’s so much healthier to tell yourself two things you like about yourself every day,” she says. “I go, ‘You know what, my skin’s looking great, I’m not going to put any make-up on,’ rather than, ‘Oh God, you’ve had pasta every night this week.’”

“The Future Issue” will be released on Friday, Dec. 7. Check out photos from the spread below. Read the full interview in the January issue of British Vogue, which hits newsstands on December 7. 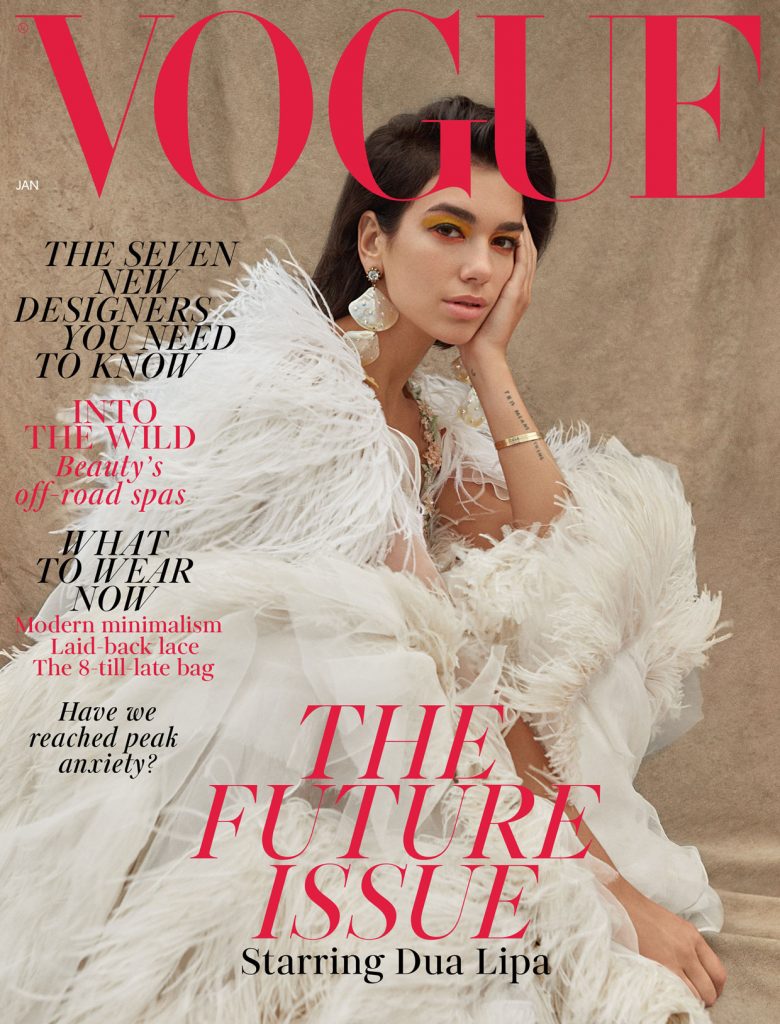 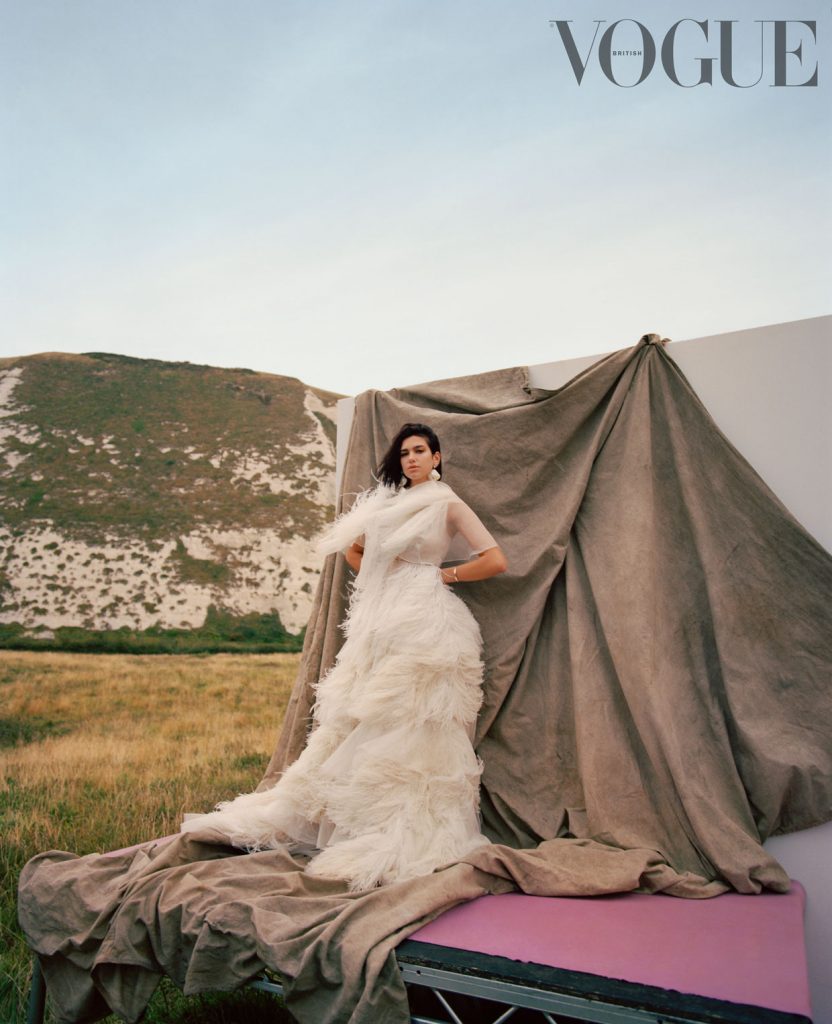 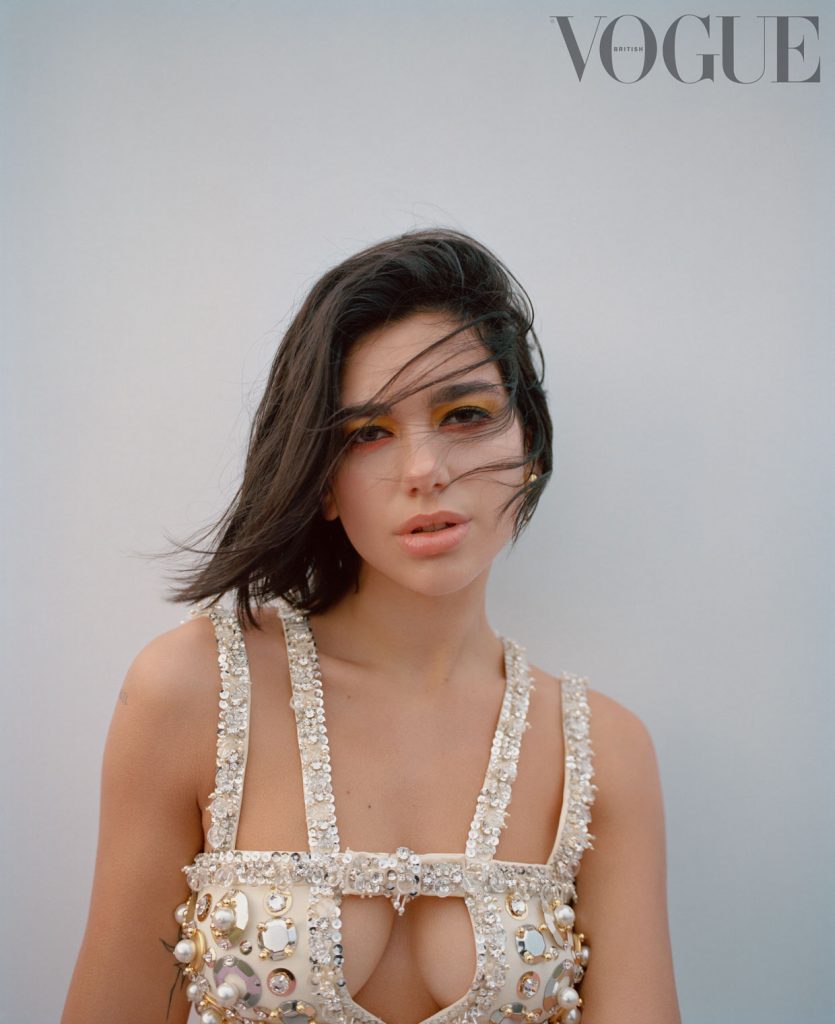