Drake, ‘Game of Thrones’ & All the Other Pins on Taylor Swift’s Jean Jacket

Drake, ‘Game of Thrones’ & All the Other Pins on Taylor Swift’s Jean Jacket

Taylor Swift has never shied away from a pop-culture reference — her cats are named Meredith Grey, Olivia Benson and Benjamin Button, after all — and in her new cover story for Entertainment Weekly, she’s revealing even more of her viewing and listening habits.

The many buttons that dot her light-wash jean jacket on the magazine cover include some fellow musicians (Drake and Selena Gomez), her favorite TV shows (Law & Order and Grey’s Anatomy, of course) and maybe even some new song-title hints (we’re looking at you, “Calm” and “I Tried”). Are these hints about songs or collaborators on her upcoming #TS7 album? We’ll have to wait and see.

There’s also a pin from the Cats musical, a reference to Taylor being part of the cast of the Tom Hooper-directed movie adaptation of the beloved Broadway classic out in December.

Below, find the EW cover photo and a list of all the buttons featured on Swift’s jacket, organized by music, TV and miscellaneous. 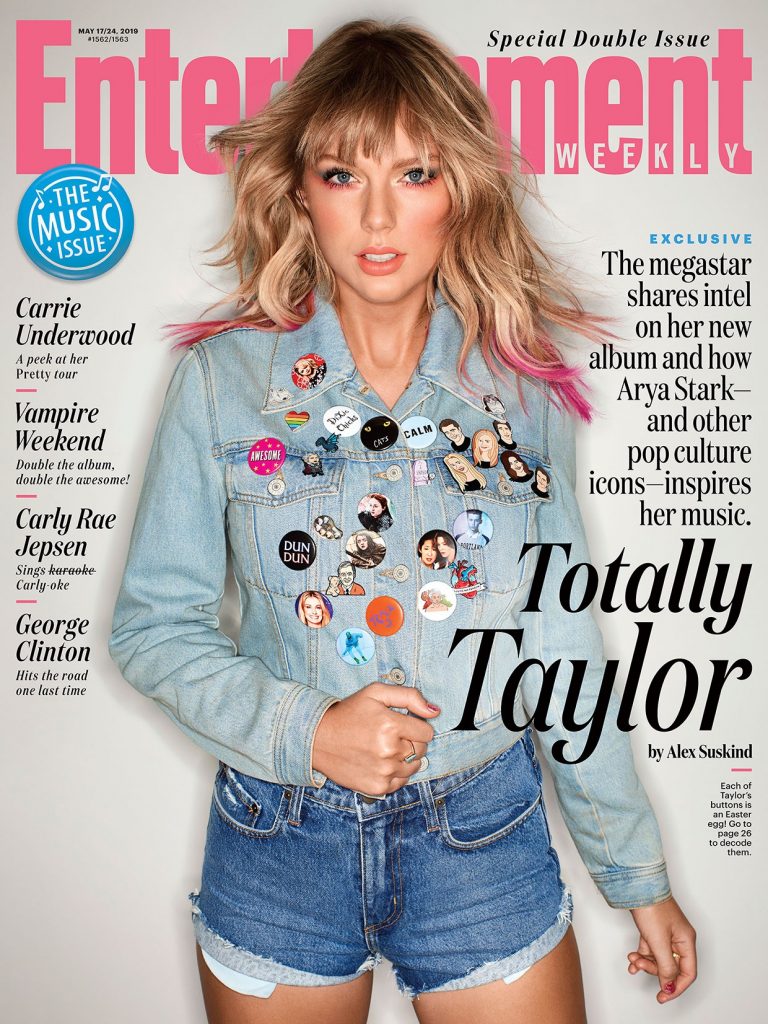