Billie Eilish has teamed with NTWRK for a series of three original prints inspired by her Apple TV+ documentary Billie Eilish: The World’s a Little Blurry. The colorful prints will be available on the NTWRK livestream shopping app Tuesday (March 2) at 3 p.m. PT. The exclusive drop features three colorful prints interpreting the documentary via the unique styles of three artists hand-picked by Eilish; the prints will be available for $50 each.

“For this piece I was really inspired by the color palette and ethereal scenes in both ‘Ilomilo’ and ‘ILY,'” Lee said in a statement about two tracks from Billie’s Grammy-winning 2019 debut album, When We All Fall Asleep, Where Do We Go? “This illustration features Billie on her bed, drawing to the idea of a place of comfort and safety. To contrast this idea of comfort, I chose to encapsulate the scene in a snow globe. The globe represents the thought that although Billie may be in a state of comfort in herself and her work, she is still being viewed and interacted with by the outside world. In all, the purpose of the piece is to represent the fragile and blurry parts of Billie’s world and artistic life which is on view for all.”

New York multi-disciplinary artist Nathalie Nguyen cooked up an oil on canvas print in which Eilish is in mermaid mode, floating in the ocean in yet another reference to “ilomilo.” Speaking of the piece, Nguyen said, “The painting features Billie submerged in an underwater scene. Inspired by the line from the song ‘The world’s a little blurry. Or maybe it’s my eyes,’ which is also the title of the documentary. The painting was executed as a nod to impressionism and uses soft brush strokes, vibrant depiction of light, and blurry figures in the background to bring the subject, Billie, into focus.”

In the third piece, New York/London-based painter and digital artist Emma Stern said her digital illustration of an android-looking Eilish lying on the floor looking at a book of lyrics is based on footage from the film of the singer in her brother/producer Finneas’ room and lying on the bed while looking at a notebook filled with her handwritten lyrics. “This struck me as a really poignant moment because it is so tender, so stripped down and honest,” said Stern. “Most of the art I make involves female figures in intimate interiors, and that intimacy is something I really aimed to convey in this composition. Visually, I was also drawn to this scene because of dramatic backlighting which gives the whole setting a very specific, vibe-y moodiness that I enjoyed emphasizing, as well as the small details like the Murakami flower pillows peeking out from behind Billie, which kind of take on the role of secondary figures in the final piece.”

Check out all three prints below. 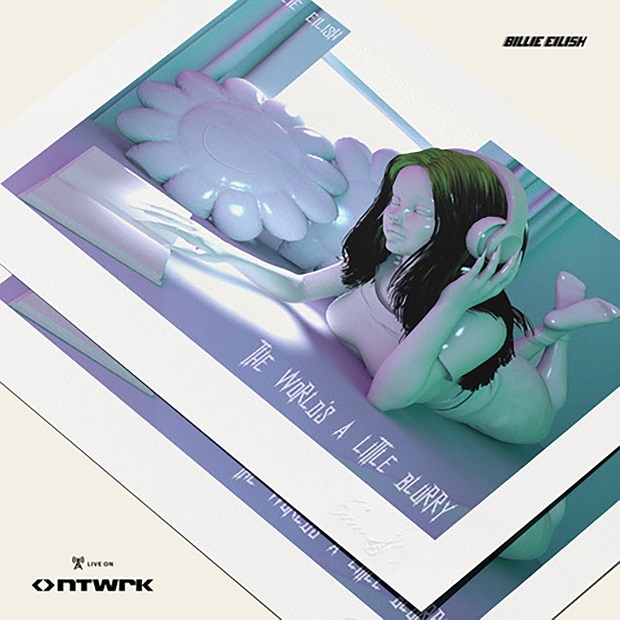 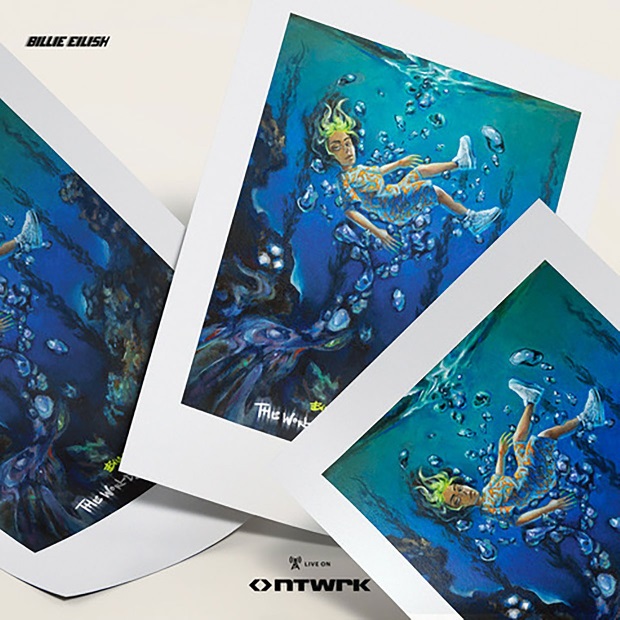 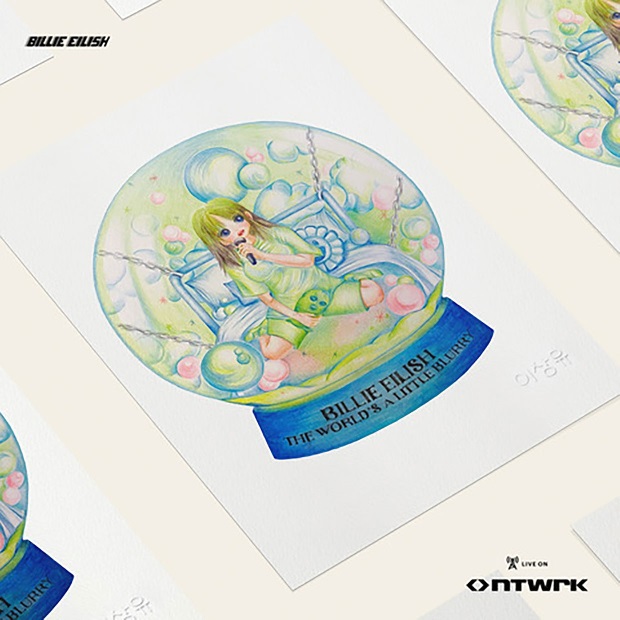