Our dreams to once again rock out to a live rendition of the Billboard Hot 100 top 10 hit “Sk8er Boi” are becoming reality, now that Avril Lavigne announced her first North American tour in five years on Monday (June 24).

The Head Above Water tour includes 15 dates and will kick off on Sept. 14 in Seattle. It will also make stops in LA, New York, Chicago and Boston before concluding in Philadelphia on Oct. 11.

The tour is in support of the pop-rocker’s album Head Above Water, which was released earlier this year and debuted in the Billboard 200 top 10.

One dollar from each ticket will go to The Avril Lavigne Foundation, which supports people with Lyme Disease, serious illness or disabilities.

Check out all of the dates below. 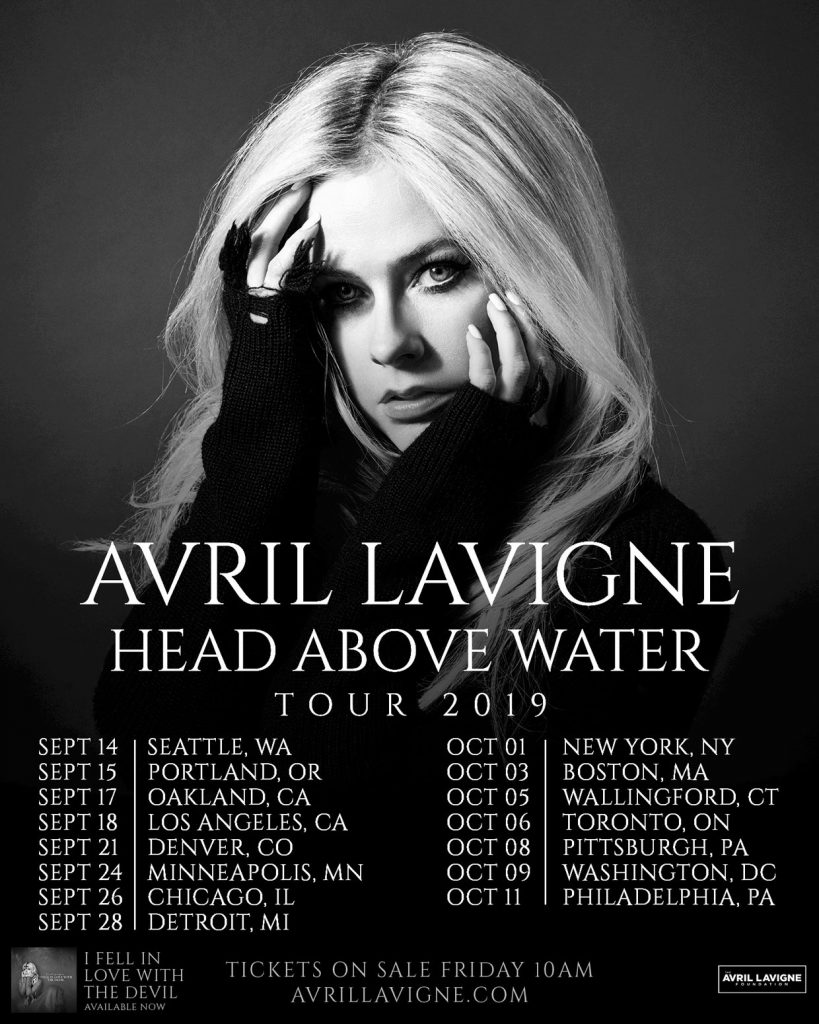