Ariana Grande is pulling back the curtain on her contributions to the upcoming soundtrack for the Charlie’s Angels reboot.

In an Instagram Story shared on Tuesday (July 16), the singer posted an image of a track that appears to be called “Got Her Own,” with call outs to her pal and collaborator Victoria Monet, as well as her Angels soundtrack co-executive producer Savan Kotecha and producer Tommy Brown. (Grande and Monet also performed an unreleased track, the similarly-titled “She Got Her Own,” in March.)

The Charlie’s Angels revival starring Kristen Stewart, Naomi Scott and Ella Balinska, as well as Sir Patrick Stewart, Elizabeth Banks (who also directs) and Djimon Hounsou, is due out on Nov. 15. Grande revealed in June that she is co-executive producing the soundtrack with Kotecha and Ilya Salmanzadeh, a gig she called “the coolest fucking thing in the world.” The first trailer teased a song on which Ari collabs with Miley Cyrus and Lana Del Rey.

Check out Grande’s screenshot below: 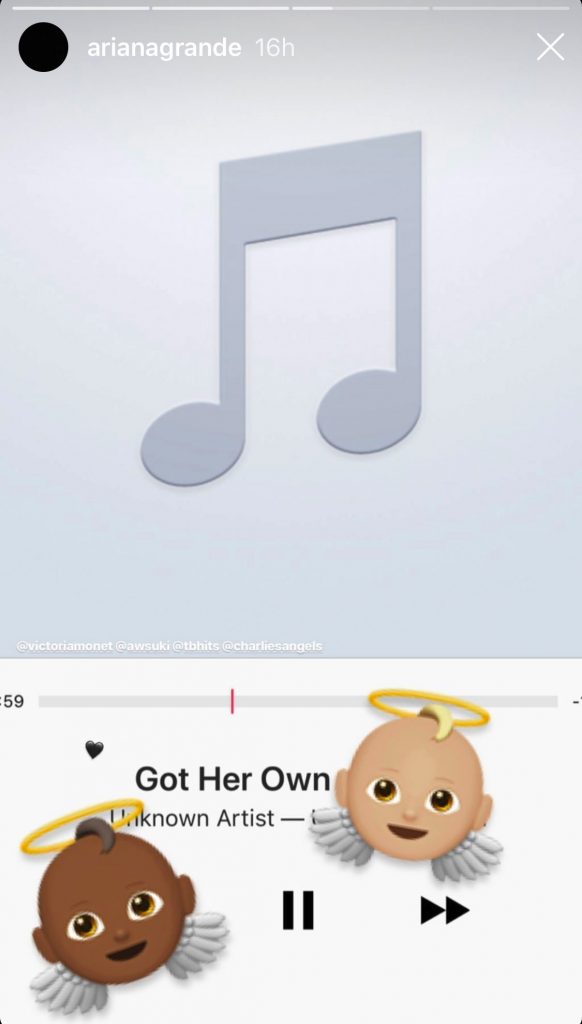