Camila and Sin Bandera share the same management, Westwood Entertainment, and the same label, Sony Music Mexico. This past Saturday (Aug. 25), they also shared the same stage during the kick-off of their 4 Latidos (Four Heartbeats) tour at the Rosemont Theater in Chicago.

“We’ve been friends for 20 years,” said Camila lead singer Mario Domm. “We’ve written and produced together. We share label and management. We’re family but we’d never had the opportunity to share the stage.”

Here are four highlights from 4 Latidos. The group will next hit the stage in San Jose (Sept. 7), Sacramento (Sept. 8) and McAllen (Sept. 28). 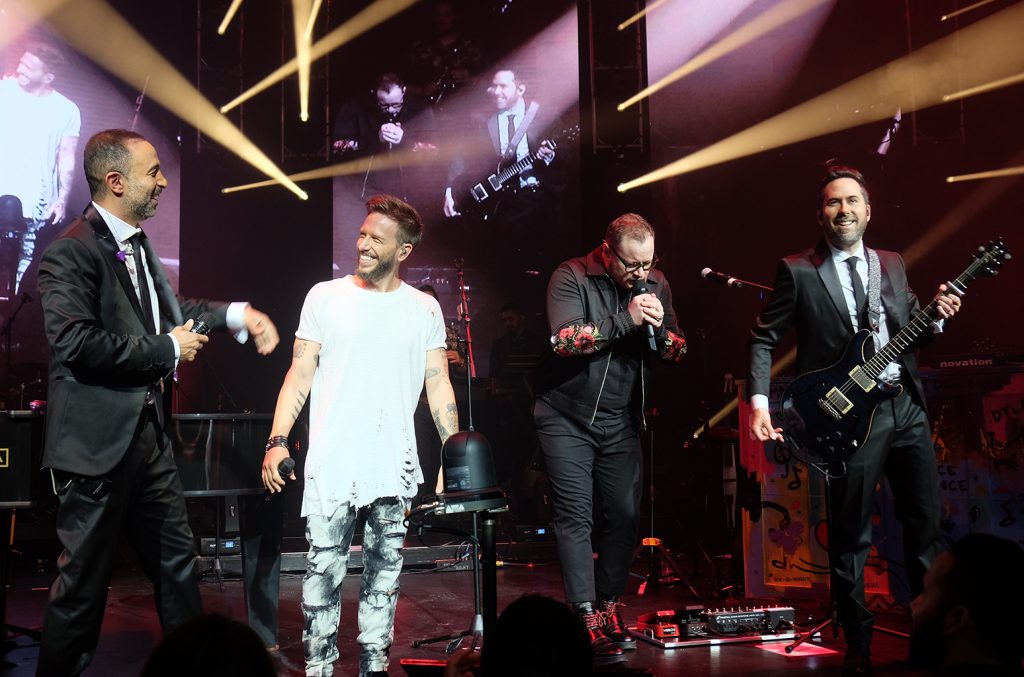 A song about immigration.
The performance of immigration anthem “Sueño Americano” (American Dream) was one of the evening’s highlights. “The song is meant to help people that come to the U.S. without papers,” said Domm, who co-wrote the track with Monica Velez, Erika Ender and Alberto Kreimerman. “All revenue will go to the Dolores Huerta Foundation and a enter that’s receiving immigrants in the border with McAllen.”

The set list.
All told, the two duos performed 37 of their greatest hits. Four of those were performed by all four artists onstage, backed by a nine-piece band.

The opener.
Watch out for “Mientes.” The Camila hit opened the group’s performance.